30 Years of Language Instruction for Newcomers! 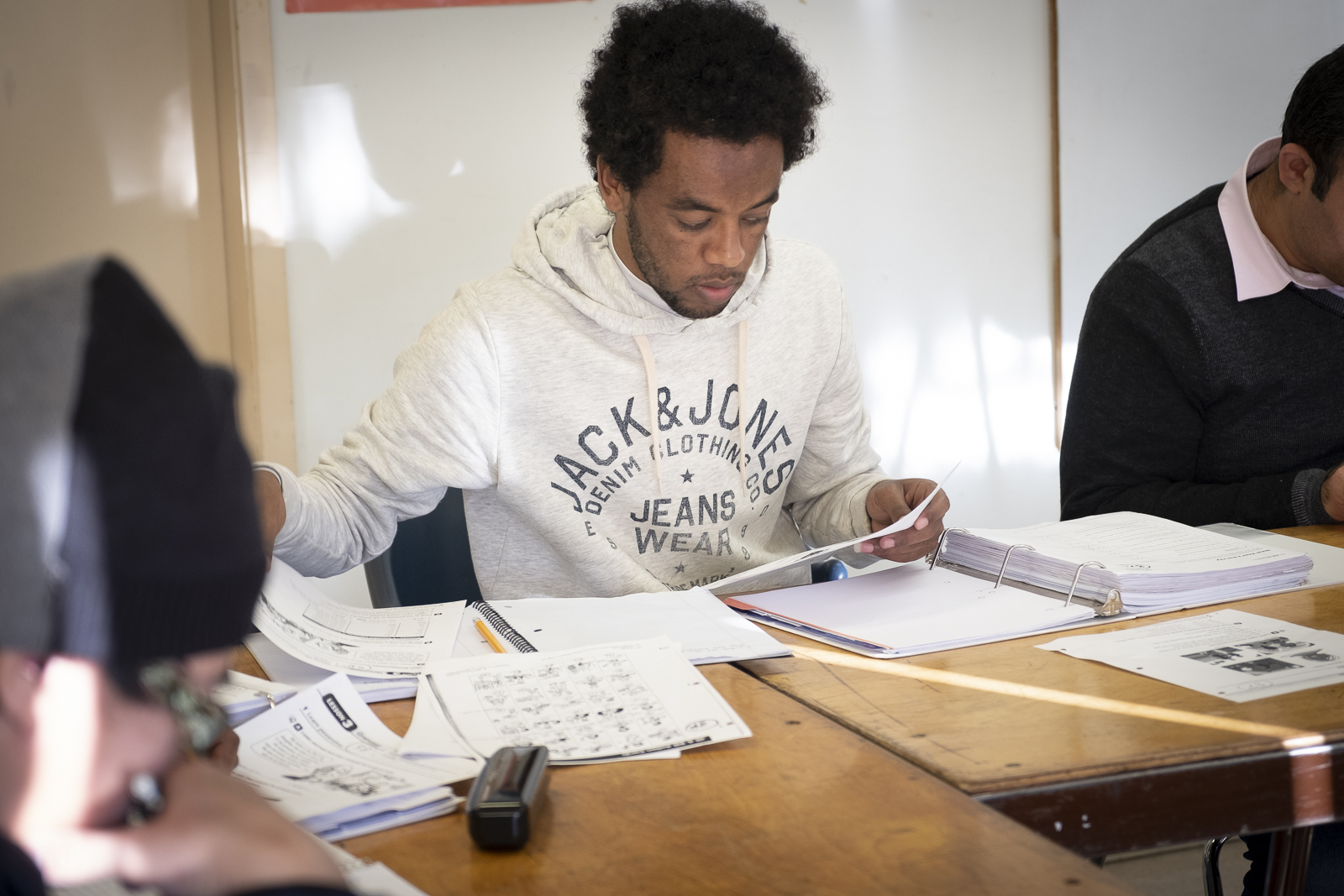 The year was 1991 – the Hubble Space Telescope had been sent into orbit, the USSR was about to collapse, and a small immigrant settlement agency won a contract to become Victoria’s hub for the Language Instruction for Newcomers in Canada (LINC) program. From its humble beginnings to a program that now supports over 500 students in Victoria, the LINC program remains an essential part of ICA’s support to our newcomer community.

Language Instruction for Newcomers to Canada (LINC) provides English language training from beginner to advanced levels for adult newcomers to Canada. LINC is funded by the Government of Canada and is FREE for eligible students.

Technology in the classroom is a useful reference point to see how far things have come since then. Todd Kitzler, ICA’s Language Services Manager and a LINC teacher since 1993, laughed when I asked him that question. “What technology?” he chuckled.

Records were handwritten on folding green cards, housed in sizeable number of index drawers to keep things in order. Classes were quite small, usually 5-6 students, and students had to be within their first three years in Canada in order to be eligible. Students also only had access to half the number of class levels available today. Teachers were also responsible for making up their own tests.

Nowadays, over 500 students access language classes through ICA. Class sizes have increased to around 18 students, and students benefit from an expanded window of eligibility and levels. The LINC curriculum is now standardized through the Canadian Language Benchmarks. And yes, student records have thankfully become digital files.

While the classroom capacity to support students has expanded, some elements of LINC remain the same. ICA’s language classes continue to offer students valuable skills to meet their goals in Canada. Some might be seeking a certain level for citizenship, while others need to pass a certain level to enter the workforce.

Jack Etkin, a LINC instructor for 30 years, admires his students’ commitment to their studies, regardless of what else is happening in their lives.-. “One day, we had a student arrive and explain that she had just come from her own wedding that morning. She thought it was very matter of fact. What else would you do?”

Julissa Bernal-Mora, a LINC student in 2012 and current ICA employee, remembers her days as a student fondly. “It is an amazing opportunity to make community connections,” she says. For her, it was an important way for her to learn more about  Canada, particularly around social issues like homelessness and Indigenous reconciliation.

Connecting with other newcomers through LINC inspired Julissa to pursue a career in social services. Eventually, she joined the Settlement Worker in Schools program supporting newcomer youth and their families. “Through LINC, I fell in love with the idea of learning about other cultures and different ways to see life,” she explains.

In looking to the future, LINC staff are hopeful that classes will be able to return to their usual capacity when it is safe to do so. Despite the challenges, both Jack and Todd agree that the future looks bright.  “It’s a growth industry,” says Jack. “With so many people coming to Canada now, there is going to be a demand for our services.”

While the future looks bright for LINC students, Todd assures me that the learning goes both ways. “I have always told my students that I learn more from them than they do from me. I learn so much about the world through my students.”